My all-time favourite genre to write is fantasy, followed very closely by sci-fi. I read a lot of it too, which might seem obvious, but sometimes I find others’ perceptions of fantasy aren’t to my taste. Mind you, it’s always a good idea to read a range of genres anyway for inspiration, to help with ideas, and to hone the skill of writing – as all writers should.

Sometimes when I’m reading fantasy something I’ll find a bit disappointing is when I come across the same, almost stereo typical creatures in those stories, because even though the writing and the story might be great, the author lets it down with a cookie cutter set of creatures.

I’m done with evil, aggressive dragons that are the overall threat to the heroes, beautiful mermaids who sing like angels, sweet unicorns that are shy and hard to find, and fairies that live in flowers and nurse sick animals. Of course, I’m well aware that not EVERY single fantasy book mentions these creatures, and I’m also aware there are many fantasy books that DO in fact buck the trend, which is awesome. What I’m talking about, and the point of this post is to create your OWN unique creature that doesn’t have a predetermined set of characteristics to manipulate how it looks or behaves. Your very own animal, be it humanoid, can fly, swim or run extremely fast, is from YOUR imagination and it’s completely your own creation.

There are three aspects to consider when creating your own one of a kind totally unique creature:

Step 1: What is its purpose?

This needs to be your first question when creating your own unique fantasy creature. Why? Because otherwise, why are you including it in your story? There’s little point creating something so out of this world interesting only to have it lolling away in the background. It’s going to be front and centre, so it needs purpose.

Is the hero going to ride it? Be threatened by it? Have to rescue it? In creating its purpose you’re bringing it into the plot, which means it may as well be interesting.

Step 2: Where does it live? Or more importantly, where did it originally come from?

The second factor when creating a fantasy creature is the kind of environment where it would be found naturally. This is where you need to refer to your world building.

You may have all the imagination in the world, and it is very tempting to just go for broke, but it does pay to consider the environment of your creature because it helps make it even more believable. If you’ve created a creature that lives in trees, you might consider giving it claws to grip branches, or long finger like appendages to hold on, or some kind of sticky slime that enables it to cling in some way. You don’t have to railroad yourself to a strict set of rules, but do consider where the creature would naturally live in ‘the wild’ because this is the environment it’s ‘evolved’ to live in. Yes, it’s a fantasy world, but again, it makes it more believable rather than everything just runs on the magic of the place, so anything goes!

This is the really fun part because this is where you can ultimately go for broke. Once you’ve determined the creature’s purpose, and the environment it’s initially come from (remember, it doesn’t have to stay there  – consider your purpose), then you need to consider it’s features.

You don’t have to stick to convention here, if it’s a creature that lives in a tree, there’s no harm in giving it colourful scales to attract a mate, or fins to assist in flight direction. It might have fur to insulate against heat, but sheds it and absorbs the chill of winter through its skin. Whatever you decide, you can allow your mind to generate a truly unique creature of your own choosing.

Once you have your creature remember the point isn’t then to write page after page of description for it. Your reader has the ability to fill in the blanks, you just need to give the general idea and let THEIR imagination fill in the rest. Remember, further description can be added throughout the rest of the story, but what you initially want to do is implant an image of a creature unique to the story that a reader is going to suddenly feel attached to, and will be glad the hero rescued (rode, or needed) it all those chapters ago when it fulfils its purpose.

Be sure to consider these points during your world building, or when thinking about the type of creatures you would like to fill your fantasy novel with. Once you’ve mastered the basics of purpose, environment and features you‘re well on your way to creating a whole zoology of creatures totally unique to the world you alone have created.

Next time I’ll explain ways on how to give an unusual name these creatures so they are easy to read and pronounce!

If you have other ways of imagining fantasy creatures, please let me know in the comments below! 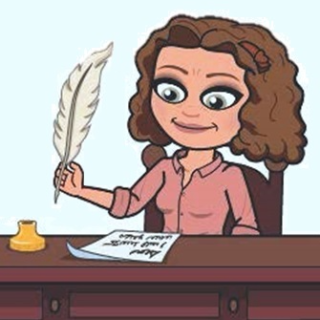 I'm a writer, mother, wife and blogger! I'll be posting about my writing journey, how I'm a 'Pantser', and will share all the bits and tips I've learned over the years which I hope help other writers too!

Write your best story. Change your life. Astound the world.

tell your stories, love your life